If you’re relying on allergy medicines either a lot of the year or if you have seasonal symptoms then you really should get allergy tested. Allergy testing is when we literally take allergen (example: cat dander) and we inject them under the skin and see if your body is reacting to that particular allergen. There are many allergens we can test for. Depending on which allergies are seen, they have a panel that they’ll do: so dust and dander and pollens, molds, things like that.

The reason we do that isn’t because we’re testing to see if you have allergies, it’s to determine what things are giving you those symptoms.

We give you the things you react positively to in testing, we give them to you in tiny quantities, relatively speaking, over a long period of time. Over that time, it’s going to reprogram your immune system to not react to the things you’re reacting to. So you can get off all the drugs or at least decrease your dependence upon them.

If you’re a 10 out of 10 allergy suffer, if you have rip-roaring horrible allergiess, Immunotherapy is not likely to make you have no allergy symptoms. It may turn it way down, like a 2 or 3 out of 10.

If you’re a moderate allergy sufferer, you can be cured from allergies.

There are different types of testing. Testing by under the skin, called inter dermal testing. There is the prick test version, a shorthand version of the inter dermal. And there’s blood testing you can do. Normally if you’re blood testing someone you take a blood draw as opposed to poking them a bunch of times. But most Allergists, whatever’s negative on that blood test, they’re going to test you with an inter dermal anyway. Having an allergy test is kind of like having a TB Test. It takes about an hour. So once we have those results, we can create a specific prescription for your immunotherapy.

The biggest difference is most doctors won’t let patients give themselves allergy shots at home. A few do, but most have to go to the doctor because when you have a shot, you can develop an anaphylactic reaction, which requires medical attention.

Drops don’t cause anaphylactic reactions, so they’re safe for home use. You do them daily at home versus shots that are usually once or twice a week in the beginning. Then they typically space them out.

So it doesn’t matter which one you do. The biggest thing to remember is, people that treat allergy are the ones that have to test you so you can’t go to Doctor A for testing and then Doctor B for treatment. So you should decide if I were positive and if I were a candidate for immunotherapy, would I want to do drops, or would I want to do shots? And then go to a doctor that offers those options.

If you’re suffering from allergies, feeling congested, or having a difficult time breathing, please call our office today and schedule an appointment. We want you to feel better now! 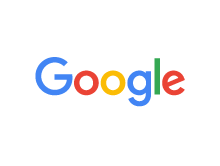 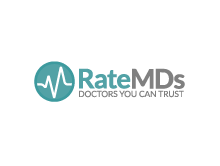 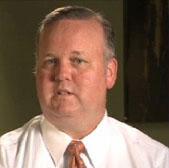 Everthing is still the same except...

(This page will automatically disapper, but you can also click to get to the main site.)